Katalizator JSC – The Leader of Innovation in Sectoral Science

Katalizator JSC – The Leader of Innovation in Sectoral Science

On the 17th of May the official ceremony for awarding of awardees of the competition for grants and prizes of Novosibirsk City Administration, and competition among enterprises shown high results and innovative activity took place in the big hall of City Administration. The ceremony held with the support of Novosibirsk Mayor Anatoliy Lokot, the President of Siberian Branch of the Russian Academy of Sciences (SB RAS), ​Scientific Adviser of Boreskov Institute of Catalysis of the SB RAS, academician Valentin Parmon, and the President of Interregional Association of the Enterprises’ Heads Sergey Karpekin

Katalizator JSC has become the awardee in the nomination “The Leader of Innovation in Sectoral Science”. The diploma was awarded by the Mayor Anatoliy Lokot and the President of Interregional Association of the Enterprises’ Heads Sergey Karpekin.

The ceremony took place within the framework of City Science Day the motto of which this year is “Science for Everybody”. This event the 9th time holds in Novosibirsk city, and is aimed for popularization of scientific knowledge. 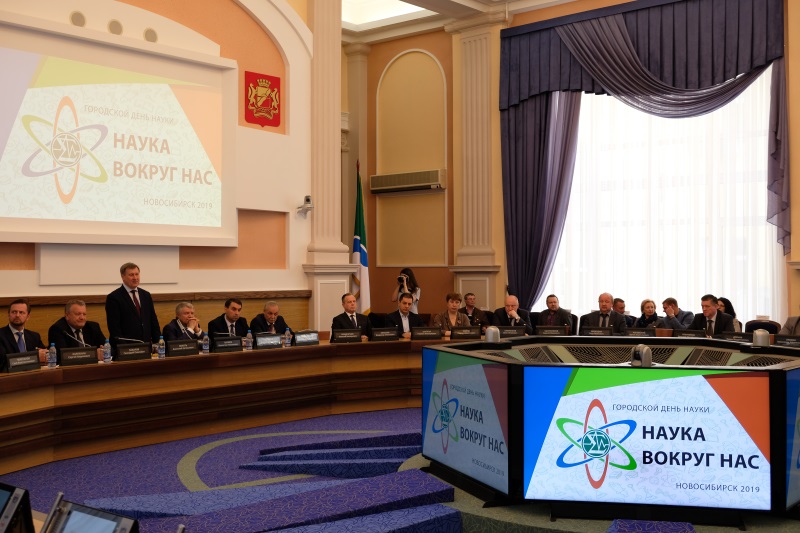 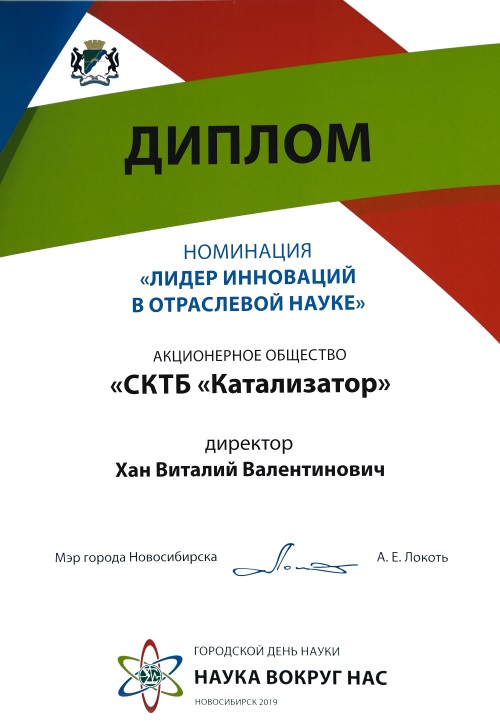